Visualize my floor
Find a dealer 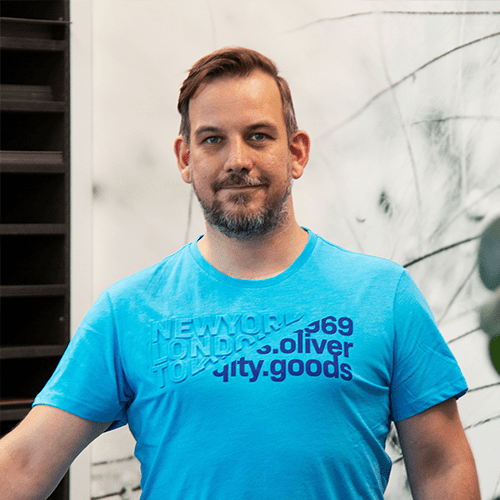 Dirk loves discovering new things. He likes searching the internet for historical information, in an attempt to discover and investigate things, and to then eventually unearth all the answers and facts. As an auditor at TFD, he manages all the figures and is responsible for the accompanying analyses and reports. Dirk is a calm and reliable tower of strength, who you can always count on, even in the eye of a storm. For instance, he spent many years an interim auditor at companies that were experiencing difficulties. He did the bookkeeping for TFD in his spare time around 15 years ago, but has been a permanent member of the TFD family for the past few years. He thinks the informal atmosphere, and the interaction between colleagues, is fantastic at TFD.

Away from work, Dirk spends a lot of time with his family. With four children, and dog on the way, there is little time for him to be bored. He also spends a lot of his time conducting research into his family tree. He has already been able to find a lot of information about is ancestors and their heritage. Dirk (who is religious) is interested by the fact that religion is always passed on from one generation to the next.

At the office in Dalfsen, all colleagues were able to choose their favourite floor and have it installed under their desks. Dirk opted for the Ossis 3; a warm, brown herringbone floor from the TFD collection.

Be surprised and inspired

In our Experience Center

or visit your dealer

TFD floors are a conscious choice